In our last blog, we talked about some of the cultural differences between Christmas in America versus in Zagreb. This week we will share an anecdote from one of our teachers. Christmas is an extraordinary time of year. People seem happier, are more generous, and as the year comes to a close people seem more hopeful for the year to come. Residents of Zagreb might not even realize it, or may even take it for granted, but Zagreb captures the magic of Christmas with its Advent event known in English as Zagreb’s Christmas Market. I remember the first time I was at the Christmas Market in 2009 and I thought I was inside of a winter wonderland! In my hometown of Waterbury in the state of Connecticut, Christmas was not nearly as nicely decorated by the city. Pretty much just the green had lights and several wreaths, and that was it. The green is what we called the main square which is a small park. From this park, the four main streets began and ran out toward the border of the city: North Main Street, West Main Street, East Main Street and South Main Street. On the green there were no little houses that sold sausages and little houses that sold little trinkets and handmade crafts. And it definitely did not fill up most of the downtown area! I specifically remember walking around the center of Zagreb back then when it was snowing and feeling as if I was inside of a holiday snow globe. That was nine years ago! Now the Zagreb Christmas Market has grown to be bigger and better even winning awards and gaining fame. This year Zagreb received the honor of Best Christmas Market in Europe for the third year in a row Since moving to Zagreb, I always host a Christmas Eve dinner at my apartment. This is a rather long affair that starts in the late afternoon and goes well into the night sometimes even into Christmas morning. Every year there is always a plan to go to Midnight Mass in the Cathedral, but usually, everyone is so into the dinner party that the time just flies by and when before we realize it midnight mass has already passed. This was always a shame to me because I always wanted to experience midnight mass in the main cathedral. Since Croatia is mostly a Catholic country, and since they go above and beyond in the city’s advent celebrations, I assumed this mass would be something to remember. Finally, in 2016 I was able to attend! As we were driving there, I was excited to experience this! We did not take into account that it would be crowded. I don’t know, but for some reason that did not cross our minds. BY the time we arrived at the Cathedral, it was packed! We couldn’t even go inside! We were in a large crowd outside the cathedral all huddled together. At first, I assumed that we would have to spend the whole hour outside in the cold just listening to the mass on the speakers, but I was mistaken. People seemed to continually be leaving the church while others seemed to be constantly arriving. Slowly we not only made our way into the church, but we managed even to get a seat in one of the pews! Even as we were seated the traffic continued to flow—people were going in and out as if this were an attraction of some sorts and not a sacred celebration of an important holiday. Despite this, I enjoyed experiencing this midnight mass. It was more dynamic than any midnight mass I had ever been to in the USA. As the mass was coming to a close, I was feeling satisfied that after all this time living in Zagreb, I was finally able to attend. But then this feeling of satisfaction suddenly changed to complete shock at the very end of the mass. The priest said the last words and the processional music started to play signaling to everyone that the mass was over. In my experience, the processional music on Christmas is usually some sort of religious Christmas song that is performed in an upbeat and spiritual way leaving you feeling warm and full of the Christmas spirit inside. This was not the case at the Zagreb Cathedral. Do you know what was played? The Croatian national anthem! It was quite odd to me. Then I thought maybe this is normal in Croatia, but then my Croatia friends were also surprised by this, and confirmed to me that this is not a typical occurrence. Did you enjoy this little anecdote? Do you have your own little Christmas story? If so Američki Centar invites you to share it with us. Please send it to us at [email protected], and your story could be featured in our next exclusive edition Christmas blog that will come out a few days after Christmas! 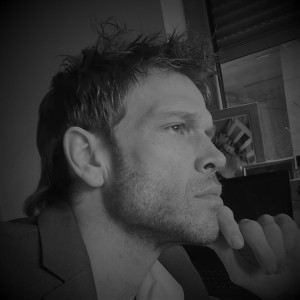